By Saj Jamal November 28, 2017 Press
Waterloo Region’s tech sector is growing faster than that of any other community in Canada and all but one in the United States, a new report by CBRE says.  The Waterloo Region Record recently featured SSIMWAVE along with a number of  innovative companies contributing to this growth with stories in the 2017 Technology Spotlight publication. The article is copied below. Click on the link to view the original  Waterloo Region Record’s Tech Spotlight digital edition.
SSIMWAVE faces enviable challenge: how to keep up with demand
by Chuck Howitt, Special to The Record 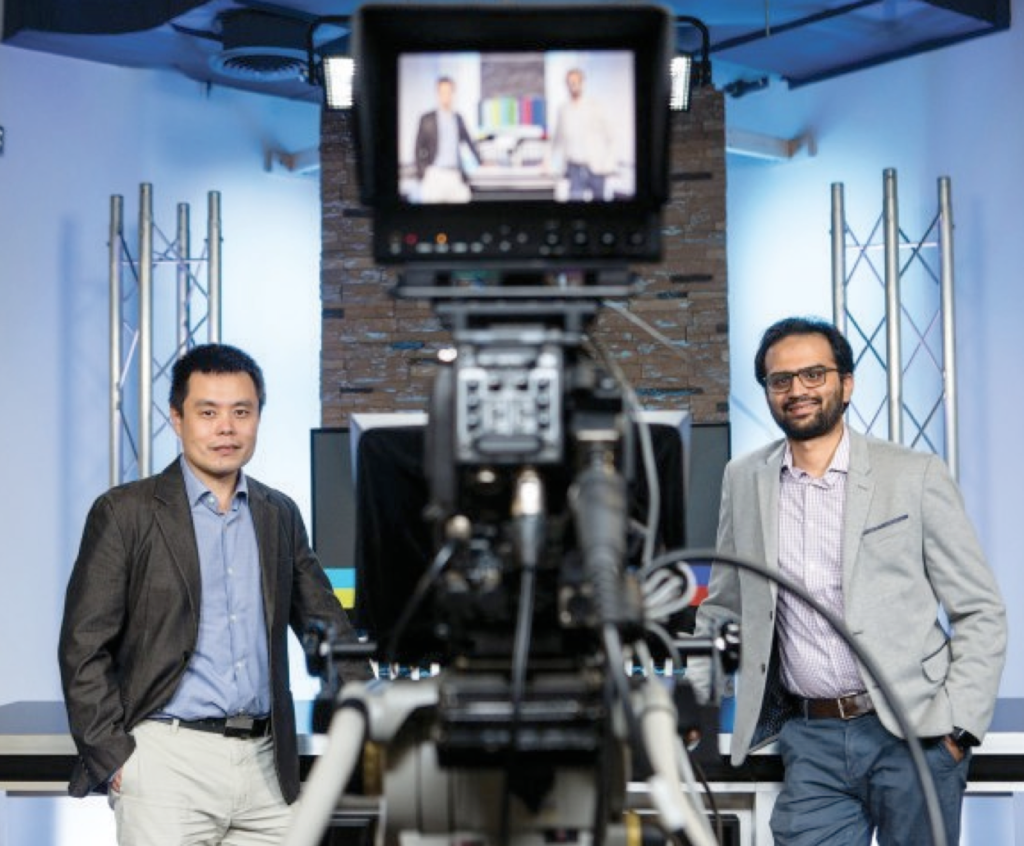 For the first four years of its existence, SSIMWAVE had no marketing department. Nor did it raise much in the way of capital from private investors. Until a few months ago, it did not even have its own office and only decided to move into one because it felt embarrassed entertaining customers at the business incubator it occupied in Waterloo. This might sound like a recipe for disaster, but not for the Waterloo startup, which specializes in video-quality assessment. “We are different from other startups. Lead generation is not too big of a problem for us,” says Abdul Rehman, SSIMWAVE’s chief executive and co-founder. In fact, one of the company’s biggest challenges at this point seems to be what do about the customers beating down its doors. “Any new lead would bring lots of issues that the customer would be facing. Can you do this? Can you do that?” says Rehman. “The goal we had was prioritizing those customers who would have the biggest impact.”
The firm’s roots go back to a research paper published in the early 2000s by SSIMWAVE co-founder and chief scientist Zhou Wang while he was studying image quality assessment at the University of Texas and later at New York University. What if a mathematical model could be developed to mimic the way the human eye and brain process video? Everyone said it could not be done, that it was too complicated and expensive. A supercomputer would be required because the human brain is extremely complex and even then it could only capture a small part of it, Wang was told. But the native of Shanghai, China, was not deterred. He decided to come at the problem from a different angle, something he calls “a top-down approach.” Working with his PhD and post-doctoral advisers in Texas and New York, he gradually was able to create a series of computer algorithms that analyze video in much the same way a person processes visual images. Christening his new discovery “structural similarity,” he published it in a research paper and got noticed in a big way. Researchers by the thousands quoted from it in their papers.
In 2007, friends at the University of Waterloo told Wang there was “a position here that fits you.” Wang was hired as a professor of electrical and computer engineering. He continued his work on structural similarity and was joined in 2009 by Rehman, a native of Pakistan who earned his master’s degree in Munich, then came to UW to work on his PhD.
In 2011, with the aid of WatCo, the comercialization office at UW, they started presenting their research to companies in the video industry and learning what problems needed to be solved. Rehman says they asked themselves: “How can we develop a fundamental new video-quality metric that can become the gold standard of video quality measurement?”
In 2013, Wang and Rehman came up with a new algorithm, dubbed SSIMPLUS™, that upgraded the technology in structural similarity. SSIMPLUS is “the most accurate video quality metric right now, period, in the world,” Rehman says categorically. That same year they launched SSIMWAVE to commercialize their technology. The name blends letters from structural similarity with the concept of video waves. For the first few years, the company was based in labs at UW, but in 2015 it moved to the Accelerator Centre in the David Johnston Research and Technology Park to tap into mentors there and learn other aspects of running a business.
By this time, customers in the industry, some of them big-time cable operators, were starting to knock on their door. They needed a more professional office, and in June 2017 moved into more spacious quarters at 140 Columbia St. W. in Waterloo. SSIMWAVE has grown from fewer than 10 employees two years ago to about 30 now.
Along the way, funding from federal and provincial research programs paid some of the bills until revenue started coming in. “We got all this government funding which helped us a lot,” says Wang, 45, who still teaches at UW but is currently on sabbatical. Industry awards have also helped drive customers to their door. Chief among them was an Emmy Award in the engineering category in 2015 from the TV industry in the U.S.
It has more than 20 customers, including broadcasters, video streamers and content providers. Rehman is reluctant to name specific customers, but says 10 are among the biggest players in the industry and most are outside Canada. Among the clients identified on its website are Telefónica, a Spanish telecom company; Telestream, a U.S. company specializing in video capture, encoding and network delivery; and eBay, the American online auction company.
“The deployment we do impacts millions of customers,” Rehman says. The company does not release annual revenue, but Rehman says it exceeds a typical A round venture capital investment, which ranges from $2 million to $10 million.
SSIMWAVE’s software can be deployed on any hardware. When installed it detects gaps in the video stream and measures the visual experience. “We look at the quality and the means of optimizing those streams,” says Rehman, 31. The company does not do video compression. Instead it maximizes the visual experience using the lowest number of digital bits possible. SSIMWAVE is not lacking in ambition. It believes it is on the cusp of something big. “We want to be globally recognized. We want a big footprint as far as customers are concerned in the media and entertainment space,” says Rehman, adding that one of the startup’s goals is to win an Oscar for technical achievement in the film industry.
“We want to be the company for viewer intelligence™,” adds Wang.
Originally published by the Waterloo Region Record http://edition.pagesuite-professional.co.uk/Launch.aspx?EID=b3bce72b-13eb-4c95-9133-c9c3077d68df